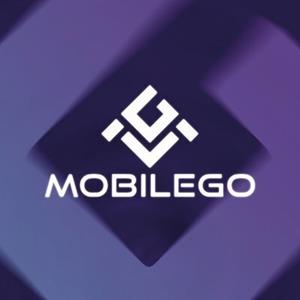 MobileGo has announced the release of its latest project roadmap.

Toronto, Canada , March 18, 2021 (GLOBE NEWSWIRE) — MobileGo, a blockchain protocol for gamers, has announced the release of its latest project roadmap. It has broken down its past and future history into three key phases as it embraces a new era of its native MGO token and digital gaming:

All outstanding milestones from the Runescape era have been reviewed, with all remaining objectives on track for completion as the team prepares to move into the ‘First Person Era’. Following the completion of the ‘First Person Era’, it will enter into the ‘Open World’ the stage of the Roadmap where MGO will open up its developer kit, incentivize open source project development, and establish the necessary partnerships with media, technology, and gaming stakeholders.

Details of the entire roadmap update can be found here.

As the gaming ecosystem continues to offer more ‘pay-to-play’ functionality, having users share credit card information, load funds onto an account, and manage the inflows and outflows of funds from a bank account to a gaming account is incredibly tedious. By acting as a one-stop-solution for all in-game payment and utility needs, MGO is redefining how people buy, share, and exchange value when playing their favorite video games.

As one of the strongest digital assets that was introduced to the market in 2017, MobileGo has a rich history. Now as VR and professional gaming is sparking more consumer interest in the gaming sector than ever, MGO is set to become the driving force in this new gaming arena.

This is the beginning of the new MGO ecosystem. Being the product of a joint initiative with GDA Ventures and MGO, the first-person stage represents a new era of decentralized gaming utilities. After stage 1 is complete and the technical underpinnings of the project are sound, the team will be rebuilding MGO’s enterprise partnership network, so users are a part of an ecosystem that includes education and awareness, games and game studio partnerships, crypto wallets, and other implementation partners to create as complete of a user experience as possible.

Focusing on growth and commercial adoption, this stage represents the evolution of MobileGo, from humble beginnings as a peer-to-peer project, to a strong decentralized community filled with gamers, developers, and gaming studios all over the world. It will usher in a new era of utility for MGO, where users can make in-game purchases with MGO, as well as buy games from the MGO marketplace and from third-party vendors.

Games and game-related services from the MGO membership program will add MGO to their existing service infrastructure, creating more onramps and use cases for the MGO Token.

MobileGo is an open source blockchain protocol built to support gamers, gaming studios, and any other stakeholders involved in the esports and gaming industry. Built on Ethereum, MobileGO works as a unique payment instrument that can be purchased on top cryptocurrency exchanges and is compatible with well-known crypto wallets.

This news has been published for the above source. MobileGo [ID=17413]

Disclaimer: The information does not constitute advice or an offer to buy. Any purchase made from this story is made at your own risk. Consult an expert advisor/health professional before any such purchase. Any purchase made from this link is subject to the final terms and conditions of the website’s selling. The content publisher and its distribution partners do not take any responsibility directly or indirectly.  If you have any complaints or copyright issues related to this article, kindly contact the company this news is about.