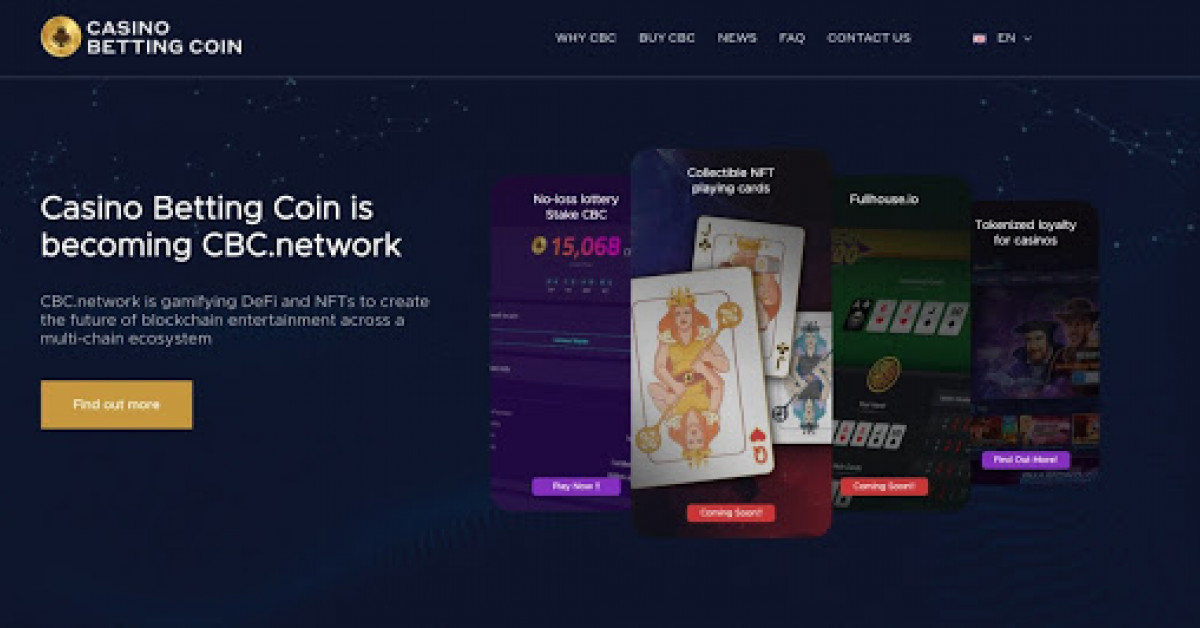 LAS VEGAS, April 30, 2021 (Blockreview.net) – Casino Betting Coin is changing the game with the upcoming launch of CBC.network, a blockchain-based ecosystem which brings together the best of first and third-party IP to gaming, NFTs and DeFi. Following hot on the heels of the news that CBC has bridged to Binance Smart Chain, CBC.network will usher in a new era of crypto gaming.

Players will be able to grab exclusive and collectible NFT playing cards, with many available by simply staking CBC. These NFTs will then be usable in a new game, FullHouse.io, which launches in July. FullHouse.io will challenge players to assemble the best poker hand with their NFTs, with big jackpots paid out to the winners.

The game will take place on Binance Smart Chain, allowing players to participate without the need to pay large transaction fees.

“CBC.network will be the home of next generation blockchain gaming, combining some of the most exciting trends in crypto into thrilling concepts such as FullHouse.io, the world’s first NFT-based poker game.

“We are focused on providing world-class entertainment to CBC holders, whether that be through our no-loss lotteries, social casino games or these upcoming launches. Now that CBC is interoperable across Ethereum and Binance Smart Chain, we have the opportunity to deliver more utility to more users than ever before.”

CBC can already be used to take part in a pioneering new no-loss lottery, where players can win big jackpots simply by staking CBC. So far almost one million CBC has been staked and 100,000 CBC has been given away in prizes.

CBC can also be used as a payment method at the leading social casino, gametwist.com. CBC’s biggest hodler is casino giant Greentube Novomatic.CBC.network will become home to all CBC Web 3.0 gaming utilities, including a full range of DeFi casino games during Q4 2021, as part of a new multi-chain strategy which already encompasses Binance Smart Chain and Ethereum.

CBC has already launched on numerous top exchanges. Anyone who would like to buy CBC for staking or trading can do so on Bittrex Global, KuCoin, HitBTC, Uniswap, or PancakeSwap.

Learn more about Casino Betting Coin and the CBC.network — https://casinobettingcoin.com

CBC.network is the source of this content. This Press Release is for informational purposes only. The information does not constitute investment advice or an offer to invest.

← Award-Winning Carbon Broker to Assist XELS With Offset Procurement and Strategy Cricket Legend Brett Lee and Sportsbet.io Both ‘Bowl a Bitcoin’ as Crypto Community Supports the Covid Crisis in India →