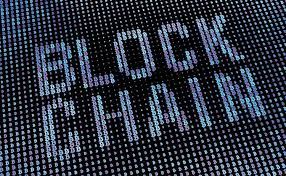 ▲ TRON CEO Just Sun’s NFT Fund, Picasso’s work was tokenized in TRON
Justin Sun, the founder of the TRX blockchain and CEO of BitTorrent, announced that Pablo Picasso’s’Femme nue couchée au collier’ has been successfully tokenized on the TRX platform, YouTube said on the 28th. (Local time) reported. According to a press release shared by the Tron Foundation, a picture of Pablo Picasso, recently purchased by Justin Sun, was included as a TRC-721 token on the Tron blockchain. ) Is stored permanently. Since the TRC-721 token stores information in smart contracts, it is expected to be uniquely guaranteed by the creator of the contract so that malicious people will no longer be able to steal or damage Picasso’s work. Justin Sun said, “JUST NFT Fund is dedicated to NFTization and blockchainization of the world’s best art works. Our vision is to become an’arc fund’ (Cashwood’s ARK FUND) in the NFT field.”
(Justin Sun, founder of Tron (TRX) blockchain and CEO of BitTorrent (BTT), has officially confirmed that Femme Nue Couchee Au Collier by Pablo Picasso is successfully tokenized on Tron (TRX) platform.)
▲ US BNY Melon Fund “We should have invested in bitcoin, not gold”
BNY Mellon, an American financial institution, the world’s largest managed bank and asset management company, recently announced that the performance of one of its ETFs was greatly affected by the lack of exposure to companies investing in Bitcoin. Time) reported. Reportedly, the BNY Mellon Opportunistic Small Cap Fund (DSCVX) rose 35% from September 1, 2020 to February 28, 2021, outperforming the benchmark Russell 2000 Index, which recorded about 41.7% over the same period. Subsequently, according to data submitted by the New York Mellon Bank to the US Securities and Exchange Commission (SEC), it was said that “Bitcoin has not bought stocks of major business intelligence firm MicroStrategy (MSTR) that invested billions of dollars in Bitcoin last year. The fund’s performance was also hurt by the decision not to hold MicroStrategy, where the stock price skyrocketed while announcing that it had invested in the company.” In addition, New York Melon Bank commented on Alamos Gold, a gold mining company, that “performance deteriorated as stock prices were hit by weak gold prices.”
(US-based financial institution BNY Mellon, the world’s largest custodian bank and asset servicing company, states that the recent performance of one of its exchange-traded funds, or ETFs, was significantly impacted by its lack of exposure to companies investing in Bitcoin. )
▲ Mercado Libre, the largest e-commerce company in Latin America, accepts cryptocurrency payments
Mercado Librega’s move to accept cryptocurrency payments for real estate could open a new avenue for mass adoption of cryptocurrencies in South America, Cointelegraph reported on the 29th (local time). According to reports, Mercado Libre, the largest online marketplace in Latin America, has opened a real estate section exclusively for cryptocurrency. Although Mercado Libre does not settle real estate transactions directly, it supports payment systems in that category. Mercado Libre is the second-largest company in South America with a value of $81 billion, and has a presence in 18 countries, including three major markets: Brazil, Argentina, and Mexico. Juan Manuel Carretero, Mercado Libre’s vehicle and real estate commerce manager, said, “As cryptocurrencies become widespread, they will no longer be a separate section, but payment options filters like anything else.” Meanwhile, according to Statista, Mercado Libre’s total product volume accounts for 25.4% of e-commerce sales in South America. Sales are expected to reach $25 billion in 2021.
(Mercado Libre’s move to accept cryptocurrency payments for real estate could usher in a new way of crypto mass adoption in South America.)
▲ Coinbase “US users can purchase cryptocurrency with PayPal”
Coinbase, a Nasdaq-listed cryptocurrency exchange, has announced that customers in the United States can now purchase cryptocurrencies using PayPal, The Block reported on the 29th (local time). According to reports, Coinbase said, “Debit cards and bank accounts linked to PayPal can be used to purchase cryptocurrencies from Coinbase.” On the other hand, it is known that credit cards and e-checks linked to PayPal cannot be used. In the meantime, customers in the United States have been able to purchase cryptocurrencies through ACH, Wiretransfer, debit cards, and bank accounts linked through Coinbase USD wallets. Coinbase said, “As PayPal is added to the payment method, cryptocurrency purchases are faster and simpler,” and “Users can immediately fund cryptocurrency purchases with PayPal.” The limit on cryptocurrency purchases through PayPal is up to $25,000 per day (about 27.17 million won), and Coinbase charges a fee of 3.99%. If you deposit USD from PayPal to Coinbase, the commission is 2.5%.
(Nasdaq-listed crypto exchange Coinbase now allows customers in the US to buy cryptocurrencies using PayPal.)
▲ Healthy fast food chain’Muscle Maker Grill’ announces adoption of bitcoin payment
New Jersey-based fast food chain Muscle Maker Grill (Nasdaq: GRIL) announced in a press release that it is starting to adopt bitcoin payments as an alternative payment method for cash, credit and debit cards, according to YouTube. It was reported on the 29th (local time). According to reports, Chain Muscle Maker Grill said, “Before activating cryptocurrency purchases offline & online, we will only accept bitcoins from affiliated stores.” Founded in 1995, Muscle Maker is said to be proud of being the healthiest fast food chain in the United States and aims to provide customers with affordable and satisfying meals. Michael Lofer, CEO of Chain Muscle Maker Grill, said the adoption of cryptocurrency is a “natural step forward,” and “millennials are looking for health foods. At this time, if you have the ability to pay with cryptocurrency, you will be able to access healthy food more easily.”
(New Jersey-based fast-food restaurant chain Muscle Maker Grill has announced that it will start accepting Bitcoin in its April 29 press release.)
[Coin code provision/blockchain valley editing]