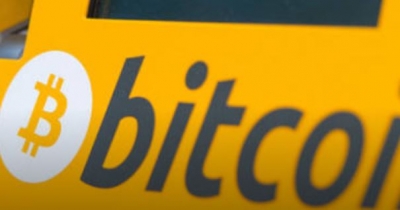 After the New York Digital Group (NYDIG), a cryptocurrency-focused subsidiary of Stoneridge, an American asset management company, signed an alliance with Fidelity National Information Service (FIS), a payment solution provider, hundreds of US banks held and traded bitcoin to individual customers in 2021. You2day reported on the 5th (local time) that it would allow it to be done. “What we’re doing on a daily basis is to enable Americans and businesses to buy bitcoin through traditional banking relationships,” said Patrick Sells, head of banking solutions at NYDIG, reportedly. Yan Zhao, president of NYDIG, said, “Although cryptocurrency exchanges such as Coinbase, as well as popular payment apps such as PayPal and Square, remain the primary means for cryptocurrency users, small banks in the U.S. I want to attract you,” he said.

Financial services giant Visa, Stellar Development Foundation, and Circle of payment technology companies announced that they will partner with California-based fintech company Tala to promote cryptocurrency adoption in emerging markets. Reported on the 5th (local time). Reportedly, Tala CEO Shibani Shiroya said, “We share our vision with the Visa, Circle and Stellar Development Foundation and work with solutions to benefit Tala’s 6 million global customers, as well as billions of people. I am very happy to know that I want to provide it.” Through this new partnership, Tala customers will be able to purchase other cryptocurrencies across borders using USDcoin (USDC), a stablecoin. Visa Card is also expected to issue cards allowing USDC spending to tens of millions of sponsored merchants.

See also  Ethereum VS Bitcoin, will the inevitable reversal come?

(Financial services giant Visa, the Stellar Development Foundation and payments technology company Circle have all partnered with California-based fintech firm Tala to boost cryptocurrency adoption in emerging markets, according to a May 5 announcement.)

Coinpost reported on the 5th that a bill was submitted to suspend the operation of a cryptocurrency mining center (mining pit) in the US state legislature until the environmental impact of the cryptocurrency mining center can be assessed. Reportedly, the New York Senate bill was referred to the Senate Environmental Protection Committee on May 3 (local time) based on Senator Kevin Parker and one other person. It is not yet in the stage of voting for adoption or not. The bill proposed that the state should thoroughly evaluate the impact of mining centers’ greenhouse gas emissions, water quality, air quality, and wildlife impacts, with a three-year suspension period for cryptocurrency mining businesses. Reports evaluating the impact on the environment also noted that at least one public hearing was held in each area of ​​New York State over a 120-day public hearing period. The bill would allow the operation of cryptocurrency mining centers only after a comprehensive assessment of their environmental impact has been completed and proven not to adversely affect New York State’s greenhouse gas reduction targets.

(Yeonhoku state training, 暗号資産(仮想通貨) Myinng Sentai, I’m sure that I’m not able to see what I’m talking about)

The New York Financial Supervisory Service (NYDFS) announced that it has received a license to allow Standard Custody to provide cryptocurrency custody (storage and trust) services, multiple foreign media reported on the 4th (local time). Standard Custudy is the 30th company to be approved by a financial regulator that is known to have the most advanced cryptocurrency regulatory framework in the United States. Jack McDonald, CEO of Standard Custudy, said in a statement, “Our NY licenses will help our institutional clients get the most out of the digital asset ecosystem in a very secure, compliant and innovative way.”

▲ JPMorgan CEO Jamie Diman “Customers are interested in Bitcoin, but I am not”

At the Wall Street Journal CEO Council Summit, JPMorgan Chase CEO Jamie Dyman revealed that its customers are interested in Bitcoin, U2day reported on the 4th (local time). According to reports, Daiman said, “I don’t tell my customers what to do about the report that JPMorgan will be introducing a bitcoin fund this summer.” It’s their job, it’s not mine.” “Blockchain is real, we use it. On the other hand, people should remember that the currency is supported by the state’s taxing authorities, military authorities, the rule of law and the central bank. That means it won’t devalue the currency. I am not a Bitcoin advocate. I am not interested in it.”