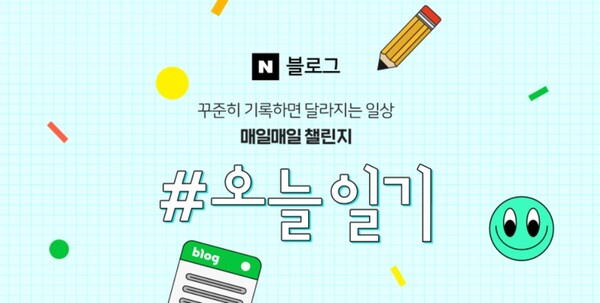 [Digital Today Reporter Jung Yoo-rim] Naver plans to reopen on the 24th by supplementing the’Today Diary Challenge’ that ended early on the 3rd.

Naver, through its official blog, said, “We are trying to resume as soon as possible with gratitude for the hot reaction you showed in today’s diary challenge, which ended early.” We will guide you separately,” he explained.

He added, “We will prepare carefully so that the original purpose of encouraging bloggers’ diverse and sincere records as much as we start over is well alive.”

However, due to the fact that there were too many’abuse’ participants, such as copying and pasting with multiple IDs, this was stopped within 3 days of the start.

In the event of an unexpected early termination, users complained about whether it would be necessary to catch the abusing user instead of stopping the event.

Naver plans to pay 1,000 won Naver Pay points for the event benefits for the 3rd day. The event was announced early and the point payment schedule was announced on the 27th, but he added that the schedule will be taken to be completed within 7 days.

See also  The largest virtual asset exchange in the U.S. 'Coinbase' Direct listing on the 14th