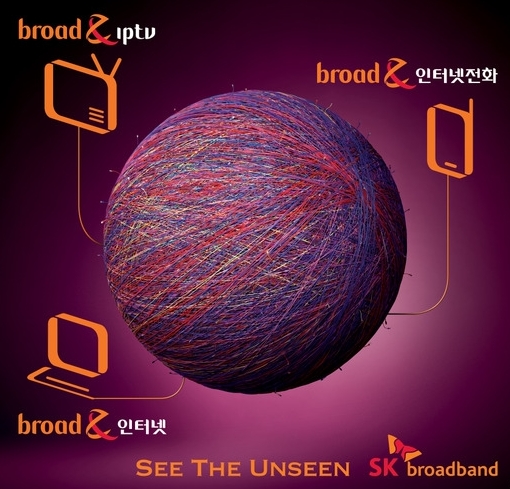 [Digital Today Reporter Baek Yeon-sik] SK Telecom is promoting the acquisition of Delive’s four districts in Seoul (Nowon, Seodaemun, Jongno/Jung-gu, Gwangjin/Seongdong). These four regions are in competition with the former Tbroad (currently SK Broadband), and it is interpreted that SK Telecom is trying to increase the competitiveness of SK Broadband SO (wired broadcasting) through the acquisition.

In other words, the SK affiliate will rise to second place in the paid broadcasting market after the KT affiliate (KT+KT Skylife). When SK Telecom acquires four Delive regions, it is expected to merge with its subsidiary SK Broadband again. In the past, SK Telecom also promoted the acquisition of Hyundai HCN, but was pushed by KT Skylife and failed to achieve its intention.

According to the IB (investment bank) industry and the paid broadcasting industry on the 4th, SK Telecom and Delive are negotiating for the separate sale of four districts in Seoul. There is a precedent of Delive’s sale three years ago to Hyundai HCN by separating only the Seocho area of ​​Seoul.

An official from the paid broadcasting industry said, “SK Telecom has been pushing for the separate acquisition of Delive’s four districts in Seoul: Nowon, Seodaemun, Jongno/Junggu, and Gwangjin/Seongdong. These regions are all competitive regions with (formerly) Tbroad.” In the case of SK Broadband Nowon Broadcasting, in May last year, SK Telecom had 55%, Nowon Cable TV 40%, and Delive 5%, but this year 3 In May, SK Telecom has changed to owning 100% of Nowon Broadcasting. SK Telecom’s movement is in full swing,” he said.

The securities industry estimates the value per subscriber of Delive’s four regions at around 400,000 won to 450,000 won. Assuming 450,000 won, the value is about 120 billion won. As in the case of Hyundai HCN in the past, it is believed that Delive actually passes only subscribers to SK Telecom (SK Broadband). Delive has about 2 million subscribers in 16 regions. Since it is serviced in Seoul and Gyeonggi areas, the average sales per subscriber (ARPU) is higher than other cable TVs.

According to the Ministry of Science, ICT, and ICT, as of the first half of 2020, LG Uplus (LG Uplus + LG Hellovision) subscribers were 8.232,000, with a market share of about 25.1%. SK Broadband’s subscribers are 8.38868, with a market share of 24.4%. There are about 270,000 subscribers in the four Delive areas, and assuming that SK Broadband will take over it, the number of subscribers will exceed 8.85 million. In other words, when the acquisition is successful, SK Broadband will leap to the second place in the paid broadcasting market after the KT series (KT+KT Skylife) beyond the LG U+ series.

KT affiliates have 10,666994 subscribers, with a market share of 31.42%. KT Skylife is pursuing the acquisition of Hyundai HCN (1.32,026 subscribers, 3.84% market share), and when approved (approved) by the government, the KT subsidiary will be reborn as the No. 1 company in the market with an overwhelming market share of 35.26%. Accordingly, it is expected that the government’s strict conditions are expected, but it is known that it is considering the separate sale of some areas as a condition of approval.

KT has submitted a letter of intent to take over Delive among the three IPTV companies, but progress has been sluggish. For this reason, it is interpreted that SK Telecom is promoting the acquisition of Delive Seoul’s four regions. This is because the acquisition will not only rise to second place with minimal cost, but also increase competitiveness in the former Tbroad SO region.

“The acquisition of Delive is a bit slow,” said KT’s CEO (President) Suh Sung-mo at a press conference held in March. I think I should watch it.” He said, “When the acquisition of Hyundai HCN is completed, it will become the largest platform in Korea with 13 million subscribers for paid broadcasting.”

In this regard, SK Telecom and SK Broadband are in the position that they have not been confirmed.