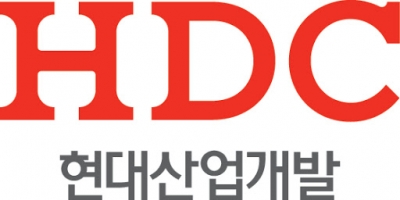 Daechi 1st Hyundai apartment, which is undergoing remodeling, is a Pile-based complex like most apartments in Seoul, so other remodeling complexes are drawing a lot of attention in this second safety review.

If the 2nd safety review of Daechi 1st Hyundai Apartment is passed this time, it is expected that the project speed will be drastically shortened if the new technology is applied to the Seoul and metropolitan area remodeling complex.

HDC Hyundai Industrial Development (President Kwon Soon-ho) of HDC Group is actively carrying out remodeling projects in Seoul and the metropolitan area, such as conducting a second safety review of Daechi 1st Hyundai Apartment, which is a complex in the Gangnam area.

HDC Hyundai Development Co., Ltd. said, “Last December, through reorganization, a dedicated organization for remodeling was established in the urban maintenance business room. In addition, in November of the same year, after winning an order for Sangnok Tower Apartment in Gwangjang-dong with a size of 229 households, Sindorim in the same month. Woosung 3rd was also selected as the preferred negotiator, and the construction company is scheduled to be selected in May. In February, Suji Seongbok Station River Park was selected as the preferred negotiator and is accumulating results in the remodeling market.”

HDC Hyundai Development Company has not only the competitiveness of the IPARK brand, but also the completion of remodeling such as Cheongdam I-Park by jumping into the market faster than other construction companies. In particular, HDC Hyundai Development Company remodeled Cheongdam Cheongju Apartment and expanded the existing parking lot on the 2nd basement floor to 3rd floor through the unprecedented vertical extension of the basement floor. Cheongdam I’Park is still the only remodeling complex completed by vertical extension of the basement floor.

HDC Hyundai Development Co., Ltd. said, “Based on technology, the Daechi 1st Hyundai Apartment in the Gangnam area of ​​Seoul is currently undergoing a 2nd safety review. In particular, HDC Hyundai Development has developed a new technology to enable vertical extension on a pile basis, and the Daechi 1st phase is in progress. The second safety review of Hyundai Apartments is underway and is expected to pass as early as April. Daechi 1st Hyundai Apartment in Daechi-dong, Gangnam-gu, Seoul, completed in 1990, has 15 floors above the ground and 120 units with a dedicated area of ​​84 square meters. In terms of scale, we are pursuing a remodeling of 138 households with 3 to 18 floors below the ground by vertical extension of the ground floor to 25,907.28㎡.”

Among the complexes under remodeling, Songpa-gu Seongji apartments passed the second safety review in 2019, but unlike other apartments, this reflects the specificity that the foundation directly supported on the bedrock. none.
HDC Hyundai Industrial Development official said, “Because the preemptive testing ability was proved in the subcommittee of the National Land Safety Management Agency held in February, we are expecting the second safety review of this Daechi 1st Hyundai apartment to pass smoothly.” In addition, we plan to actively expand our position in the remodeling market this year based on differentiated technologies in IPARK’s unique remodeling such as underground parking lot extension technology.”