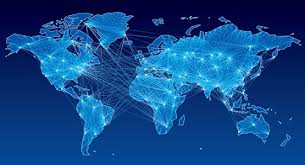 ▲ Valkyrie, apply for Bitcoin ETF to the US SEC

Valkyrie Digital Assets is preparing to launch a Bitcoin ETF, multiple foreign media reported on the 24th (local time). Reportedly, the New York Stock Exchange (NYSE) filed a 19B-4 form on behalf of an investment company for a Bitcoin ETF. This form begins a 45-day review period when the US Securities and Exchange Commission (SEC) approves the filing. During these 45 days, the SEC must approve or disapprove the application or extend the review period. “This is what I’ve been wanting to do for five years,” said Stephen McCluw, Chief Investment Officer at Valkyrie Investments. “Only recently I have come to believe that the SEC will approve the Bitcoin ETF. So, we started our research in earnest from last August.”

(Valkyrie Digital Assets is getting ready to launch its bitcoin exchange-traded fund (ETF).)

Several foreign media reported on the 23rd (local time) that the US Securities and Exchange Commission (SEC) announced that it will begin evaluating the Cryptoin Bitcoin ETF submitted for listing on the Chicago Options Exchange (CBOE) BZX Exchange. Reportedly, the Cryptoin Bitcoin ETF is the third Bitcoin ETF after VanEck and Wisdom Tree, which are being evaluated by federal regulators, with up to 240 days for regulators to approve or deny each. There’s a time. Currently, 9 ETFs are pending, and Grayscale has also announced its intention to convert the Bitcoin Investment Trust (GBTC) into an ETF.

(The SEC published a public notice Thursday announcing it would begin evaluating the Kryptoin Bitcoin ETF Trust, which the investment advisory filed with Cboe BZX Exchange.)

▲ CEO Charles Schwab, a US securities company, “If regulatory clarity is guaranteed, we will provide cryptocurrency to customers”

American securities firm Charles Schwab is planning to advance into cryptocurrency, YouTube reported on the 23rd (local time). According to reports, Charles Schwab CEO Walter Betger said, “We want clearer regulations. And if so, we look forward to seeing that Schwab will be a leading player in the field in the same way it has been a leading player in other investment opportunities across the spectrum.” “If we decide to participate in the cryptocurrency market, we will be highly competitive, destructive, and customer-oriented,” Bettger said. Founded in 1971, Charles Schwab is reportedly managing nearly 32 million accounts and over $6 trillion in assets after acquiring major rival TD Ameritrade in October for $22 billion.

(American brokerage firm Charles Schwab is planning to make a foray into crypto, but it’s waiting for regulatory clarity, according to CEO Walt Bettinger)

▲ Reef Finance (REEF), its own blockchain platform scheduled for early May

Reef Finance (REEF), an operating system for cross-chain DeFi, is releasing its own blockchain platform, YouTube reported on the 22nd (local time). According to reports, Leaf Finance’s native blockchain, LeafChain, will be launched as a’standalone’ platform on Substrat, Polkadot’s interoperability framework. LeafChain is expected to serve as a scalable and high-performance platform for decentralized finance (DeFi) protocols. It is also known that the new platform is fully compatible with the Ethereum Virtual Machine (EVM), so that both Solidity or Vyper smart contracts can be easily deployed on the mechanism. “The seamless integration with Ethereum (ETH), Polkadot (DOT) and Binance Smart Chain (BSC) will provide a technological framework for large-scale liquidity injection,” Leaf Finance said.

(Reef Finance, a pioneering cross-chain “operating system for DeFi” releases its own blockchain platform. According to a press release shared with U.Today, Reef Chain will go live in mainnet as soon as in early May.)