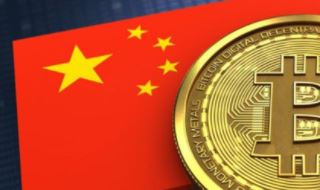 Deputy Prime Minister Liu Heo announced a policy to crack down on crypto assets in China following a warning on the risk of trading crypto assets (virtual currency, 虚拟货币) (5.18) and a report on crypto asset mining companies (5.18). Strengthening regulations, etc.

ㅇ Since 2013, China has announced that the issuance and transaction of cryptographic assets is illegal, and in September 2017, the People’s Bank launched a crackdown.

ㅇ The price volatility of crypto-assets is likely to increase in the future as the Chinese government has expanded its regulations to mining activities, and regulations related to crypto-assets in major global countries are being strengthened.

□ On May 18th, three financial associations, including the Bank of China Association, China Internet Finance Association, and China Payment and Settlement Association, jointly warned of the risks associated with trading crypto assets (virtual currency, cryptocurrency)* * Chinese financial authorities warned against crypto assets such as bitcoin Is called 虚拟货币, which corresponds to Korean virtual currency. <Reference 1> Refer to the’Recently Announcement on the Prevention of Risk of Cryptographic Asset Transactions and Speculation by the Bank of China Association’

ㅇ The main content is that Chinese financial institutions should not engage in any activities related to cryptographic assets such as trading, settlement, exchange, issuance and investment of cryptographic assets, strengthen consumer education and self-regulation of member companies, and report violations to supervisory authorities and judicial authorities. Obligatory to do

* Crypto-assets mining companies in China are mining crypto-assets by reporting them to a’data center’ to avoid government enforcement and to receive benefits such as tax cuts and electricity rate discounts.
Known as

□ On May 21st, Deputy Prime Minister Liu Heo strongly cracked down on bitcoin mining and trading activities at the 51st Financial Stability Development Committee
Remarks that it should be prevented from spreading to the whole (坚决防范个体风险向社会领域传递)

ㅇ In addition, key policy tasks for the future financial sector, such as strengthening the role of financial support in the real economy, preventing financial risks, and deepening reform and opening, are presented here.

ㅇ The opinion that the actions of the three financial associations were more reinforced than the existing regulations, but rather that the people’s bank announced* in more detail the prohibition on cryptographic assets and emphasized the risks again.

*’Notice on Prevention of Risks Related to Bitcoin (2013.12.3, 关于防范比特币风险的通知)’,’Announcement on the Prevention of Financial Risks Due to Issuance of Alternative Money (September 9, 2017)风险的公告)’→ Refer to <Reference 4> for details

ㅇ Meanwhile, Libo, Vice President of People’s Bank, said at the recently held 2021 Boao Asia Forum, Bitcoin is not a currency but a kind of alternative investment*.
It is only (另类投资), and the Chinese government mentioned that it is being studied (中国正研究其监管环境) to prevent the expansion of financial risks caused by cryptographic assets (April 18).
* After Libo’s remarks were made public, some media interpreted that Bitcoin was officially recognized as an investment asset by the People’s Bank.

See also  Marathon to Participate in the Crypto/Blockchain Panel at the 33rd Annual Roth Conference on March 16, 2021

□ Inner Mongolia Autonomous Government’s reporting measures against mining companies were mainly focused on issuance (ICO) and transactions by the existing crypto asset regulation, but not only expanded crypto asset mining, but also cracked down on related companies such as land provision. Evaluated as a stronger regulation included in the target

* Bitcoin mining generates about 60 million tons of carbon dioxide, which is equivalent to the emissions of Greece.
― Cryptocurrency mining companies in China are concentrated in Xinjiang, Sichuan, Inner Mongolia, etc., which are advantageous in mining due to low local electricity rates* because of the abundant hydropower, wind power, and coal power plants compared to electricity demand.

* Transmission efficiency is not very high with current technology, such as a lot of power loss when transmitting extra electricity in this area to a metropolitan area with high demand for electricity such as Beijing.

□ Deputy Prime Minister Liu Heo presided over the Financial Stability Development Committee* to strictly regulate cryptocurrency mining and transactions, suggesting that the prevention of financial risks caused by cryptographic assets is a key financial policy task in the future.

* It is an organization that oversees financial policy in China, such as coordinating and executing policies related to the entire financial affairs, coordination of monetary policy and financial supervisory affairs, and establishment of plans for financial development. Chairman Liu Heo-ga, Vice-Chairman of People’s Bank Lee Kang (Launched in November 2017) ㅇ In particular, as the price of cryptographic assets soared this year, transactions increased significantly, and the number of illegal hype that induces investment increased, increasing the need for a strict crackdown on cryptographic assets at the level of the government.

ㅇ In the future, the supervisory authorities and the central government as well as each local government are expected to take additional regulatory measures related to cryptographic assets.

□ On the other hand, not only the Chinese government but also major global countries such as the US are strengthening regulations related to crypto assets.

ㅇ The US Treasury Department plans to take strict supervisory measures* for cryptographic asset-related transactions in the future as cryptographic assets are used for illegal activities such as tax evasion, etc. Mandatory report on
⇒ Financial experts believe that this measure is broader and stronger than before, and as major countries are expected to gradually strengthen their regulatory measures related to crypto assets, it is expected that the price volatility of crypto assets will increase in the future.

ㅇ However, despite the Chinese government’s ban on issuance and transactions of cryptographic assets, there is a need to watch more market reactions in light of the fact that 60-70% of the world’s bitcoin mining is done in China.