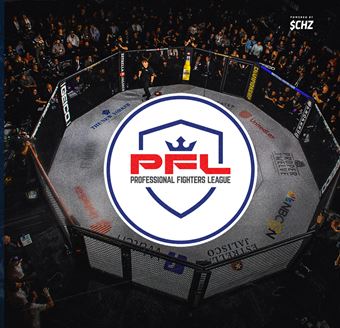 Chiliz, a blockchain fintech company for sports fandom, sold $675,000 in 10 minutes through the sale of $PFL, a fan token of the’Professional Fighters League (PFL)’, an American mixed martial arts league, on the 7th. 760 million won).

According to the Chiliz press release, Chiliz is a blockchain fintech company that pursues a participatory fandom for sports fans. Chiliz enters into a partnership with a sports club or league and issues fan tokens for that club. Fans can purchase fan tokens and cast their voting rights as much as the fan tokens (coins) held in the fan voting that determines the team’s choices in the Chiliz voting platform’Socios.com’ app.

In the press release, for example, FC Barcelona, ​​a representative Chiliz partner club, wrote a cheering phrase for the team captain’s armband and a halftime song to be played during the halftime of Camp Nou, FC Barcelona’s home stadium in the 20/21 season. It was decided through voting. Particularly in the half-time song voting, BTS’s’Dynamite’, which ranked No. 1 on the Billboard, became the final candidate, attracting the attention of’ARMY’ (BTS fan club) around the world.

PFL, which issued the fan token this time, is a comprehensive martial arts league that is forming the top three in the global martial arts market with UFC and Bellator, founded in 2012 under the name of World Series of Fighting. . As a Korean player, Jo Sung-bin, a student of’Stun Gun’ Kim Dong-hyun, is playing an active part in the PFL. PFL matches are broadcast live throughout the United States and can be watched in 160 countries around the world.

“We are excited to launch the PFL fan token, the most innovative MMA league,” said Chiliz CEO Alexandre Dreyfus. “We will create innovations that will bring a unique experience to PFL fans.” Peter Murray, CEO of PFL, said, “We know we can bring new experiences to our fans through technological innovation. We hope that 450 million MMA fans around the world will gain new experiences through the partnership between Chiliz and PFL. I hope” he said.

Meanwhile, the first fan voting to use $PFL will begin on the Socios.com app on the 9th of this month. The first main match of PFL1, which will be suspended due to Corona 19 and resumed on the 23rd, will be selected through the first vote.