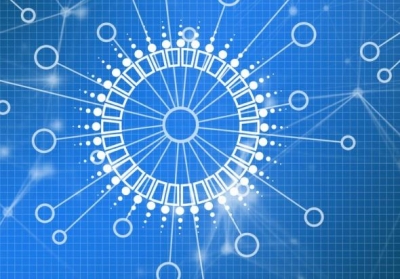 ▲ US SEC “We must prevent XRP holders from intervening in lawsuits”

In a letter to Judge Alisa Torres on March 26 (local time), attorney of the US Securities and Exchange Commission (SEC), in a letter to Judge Alyssa Torres, the court urged the court to “stop Ripple (XRP) holders from intervening in the Ripple case.” It was reported on the 28th (local time) by YouTube. “Allowing them to intervene can lead to confusion and unmanageable complexity,” said Tenreiro, who reportedly said, “XRP investor Vladi Zakinov, who filed a class action lawsuit against Ripple in June 2018. It is highly likely that XRP investors who have sued Ripple such as) and multiple XRP holders will try to intervene.” “I think XRP holders want to intervene in Ripple lawsuits to recover speculative transactions. In other words, the purpose of speculation is to sell their own XRP at a higher price.” Meanwhile, it is said that Ripple is taking a neutral position without opposing XRP holders’ involvement in litigation.

(In his March 26 letter to Federal Judge Analisa Torres, Jorge Tenreiro, a senior trial attorney at the US Securities and Exchange Commission, urges the court to prevent XRP holders from intervening in the Ripple case.)

The CEO of L’Atelier, a subsidiary of BNP Paribas, a large French financial institution, said that investing in NFTs is similar to gambling and expressed recognition that Ethereum (ETH) is safe, Coinpost reported on the 27th. According to reports, John Egan, CEO of Atelier’s focus on the digital realm, said in an interview with Bloomberg, BNN, Canada, “At the moment, buying an irreplaceable token (NFT) is more of a gamble. In addition, John Egan said, “This is very similar to the cryptocurrency disclosure (ICO) boom in 2017. We also agree with the similarity with the investment nature that has emerged from the past ICO boom. It is safer to start with Ethereum (ETH) or related infrastructure than to invest in NFTs.”

Bitcoinist reported on the 27th (local time) that the cryptocurrency fund Dragonfly Capital has announced the launch of a new fund worth $225 million (approximately 254.5 billion won) to invest in projects across the cryptocurrency space. According to reports,’Dragonfly Fund II’ has succeeded in a $100 million fund kick started at the end of 2018, followed by a decentralized finance (hereinafter referred to as DeFi) protocol, a non-replaceable token (NFT) project, an Ethereum layer 2 based project, It targets four potential areas, including the centralized finance (CeFi) platform. San Francisco-based Venture Capital Fund was an early sponsor of notable projects such as Bybit, Compound, Cello, and Maker. While much of Dragonfly Capital’s past investments have been concentrated in the DeFi space, the fund appears to be exploring new opportunities as the cryptocurrency space continues to evolve rapidly. Sequoia, a venture capital firm, said, “We are in an amazing position to help unify and drive the cryptocurrency movement, with many of the tech and cultural leaders from US tech companies and VCs.”

(Crypto fund DragonFly Capital announced the launch of a new $225 million fund to invest in projects across the crypto space.)

The Russian Hermitage Museum, one of the world’s three largest art museums, announced that it is planning a digital art exhibition for an irreplaceable token (hereinafter referred to as NFT), Coinpost reported on the 27th. According to reports, the Hermitage Museum is trying to focus on new art forms of contemporary art, and the exhibition will be held within this year, including this digital art exhibition. The museum’s contemporary art division, which organizes the exhibition, expresses the NFT as the most important agenda of contemporary art today, and said, “Blockchain allows clear control over copyright or ownership.” Meanwhile, the Hermitage Museum of the National Art Museum in St. Petersburg, Russia, is said to have been registered as a World Heritage site. Rembrandt van Lane’s’The Return of the Prodigal Son’ and Leonardo Da Vinci’s’Our Lady of Rita’ are said to be in the possession of 3 million pieces, including renowned works of art.

▲ Kiwi Saver, New Zealand retirement pension, invested 5% of its assets in Bitcoin at the end of last year

NZ Fund Management’s KiwiSaver Growth Fund has invested in Bitcoin, and James Gorr’s Chief Investment Officer (CIO) expects to appear in more kiwisaver plans within five years, Stuff said on the 26th (local time). ) Reported. According to reports, Kiwi Saver revised the proposal document to be the first to invest in cryptocurrency in October. It was found that Kiwi Saver owned about 5% of its assets in bitcoin in October of last year. As of the end of December of last year, the assets under management were worth $350 million (approximately 3966 billion won). “I bought it for $10,000 in October,” said Grigor It was $62,000 on the weekend, and today it was $55,000.” “Bitcoin has many attractive features of gold that investors often buy as a store of value during economic crises,” Grigor said. “If you are satisfied with investing in gold, you can really invest in Bitcoin. There is no” he added. Meanwhile, Kiwi Saver was introduced to prepare for retirement by increasing the savings of poor households among New Zealanders and to reduce the share of high real estate assets in the household sector.

← The practical reason why it is difficult to grow cryptocurrency payments even in the world’s PayPal Cryptocurrency trading volume exceeds $1 trillion for 2 consecutive months →
BLOCK REVIEW
Posting....