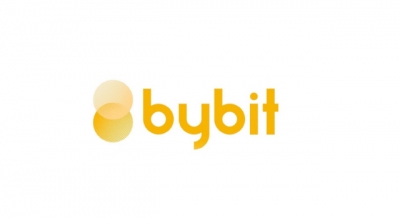 Bybit, a global cryptocurrency derivatives exchange, achieved an accident-free record for 3 years from its launch. With increasing interest in cryptocurrencies around the world, the security and stability issues of exchanges are emerging as important issues, and the record of zero accidents in the three years of launch of Bybit is more remarkable.

The basis of these achievements was BIBIT’s efforts to create a transparent and fair trading environment. Since its launch in 2018, it has created a seamless transaction environment without server downtime through continuous hot patch updates, and has built a high security system by adopting a cold wallet system that can safely store assets without the risk of hacking. In addition, it provides differentiated risk management products such as mutual insurance, target/stop loss setting, smart notification, and isolation leverage.

In particular, due to the nature of highly volatile cryptocurrencies, the stable server of the exchange is regarded as a very important factor for investors. Even in exchanges with abundant trading volumes and fast transaction execution speed, investors will turn their backs when the system is unstable. In fact, the problem of server failure in some exchanges has risen due to the recent sharp rise in bitcoin, and it remains a chronic problem for exchanges that real-time transactions are possible and the server is unstable due to a bottleneck in cryptocurrency transactions that are sensitive to market prices. .

However, Bybit has built a server system that is stable even with the volatility of Bitcoin. It has the industry’s fastest hardware capable of handling 100,000 transactions per second, and a risk team composed of experts and an IT team are testing and checking platform servers and functions in real time for 24 hours. In addition, real-time monitoring based on exchange usage and risk management terms is being conducted to prevent damage to investors caused by market manipulation.

By developing a system with security and stability as the main focus and upgrading services for customer satisfaction, Bybit was able to grow into a representative cryptocurrency derivatives exchange by securing 1 million users within 3 years of launching.

An official from Bybit said, “The reason that Bybit recorded no accidents for three years after launch was possible because of continuous research and development for stability and security, and various feedbacks and suggestions from users.” He said, “We regard transparent and fair transactions in the market as our top priority, and we will spare no effort in various fields to provide users with an optimal trading environment.”

Meanwhile, BIBIT is holding a Korean BTC trading competition with gratitude for the support of Korean users who have sent it to BIBIT. In addition, by recently opening an official YouTube channel in Korea by BIBIT, various information is provided to beginners and a gift event is being held for subscribers.

Notice. This content means that the facts of the information have been confirmed by the press release of the one party.
And may differ from the editorial direction of this magazine.