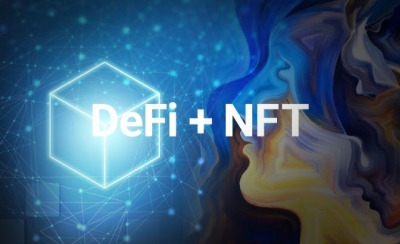 Defi, a company specializing in Defi, is launching a lending and deposit service using NFT.

As NFTs can give virtual assets their unique values ​​of scarcity and uniqueness, their influence is increasing mainly in the fields of digital art, real estate, game items, and online sports.

In the case of overseas, Tesla’s chief executive Elon Musk’s wife and singer Grimes’ NFT work’War Nymph’ was auctioned for about 6.5 billion won, and in Korea, Marikim’s NFT work’Missing and found (2021)’ was sold for about KRW 600 million.

According to a Delio official, it will provide decentralized finance (DeFi)-based lending and deposit services so that NFT owners can realize the value of NFT assets in the future without losing ownership.

The reason for using NFT collateral for DeFi service is that users with various NFTs in addition to famous works such as Andy Warhol and Banksy △Improved access to the trading market △ Increased profits according to the period of ownership of NFT-linked works, etc. It is said that it helps to maximize profits by holding.

An official from Delio said, “Dello is cooperating with domestic and foreign famous mainnets and Opensee for the development of the NFT market. NFT is a technology that has as much potential as DeFi, and when combined with DeFi, it creates great synergy. I think it can be done.”

“However, the opinion of the industry on’Can NFT be viewed as a valuable collateral’ has not yet been established, and it is difficult to accurately calculate the value of the NFT, so the LTV is lowered to 50% or less or the deposited NFT is turned on. • We will be able to generate interest income by renting where necessary, such as offline exhibitions,” he added.

On the other hand, the explosive expansion of the NFT market means that the value in the digital world will be recognized in reality, and value utilization such as using NFT as collateral is expected to continue to expand not only to Delio but to the existing DeFi platform.