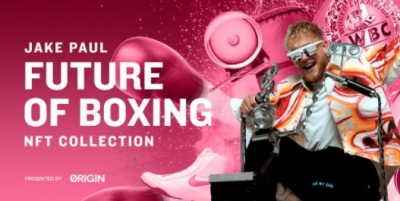 Origin Protocol, a decentralized P2P marketplace, announced that it will launch an NFT auction for overseas popular YouTuber Jake Paul with 20 million subscribers through its NFT auction service’Origin NFT Launchpad’.

According to a press release released by Origin Protocol, Jake Paul participated in the Mike Tyson v. Roy Jones Jr.’s Exhibition Card (demonstration) held in Los Angeles last November and won the NBA Slam Dunk contest three times as a professional basketball player. Beat Robinson by KO. Jake, who defeated the same popular YouTuber in his debut match, is set to play boxing against Ben Ascren, an MMA (martial arts) player, on April 17, with 2 wins and 2 KOs undefeated. Jake has 20 million subscribers. As a famous YouTuber, it is the world’s most popular YouTuber with more than 7 billion views in only one video, while Jake Paul is the first YouTuber to conduct an NFT auction.

Origin Protocol co-founder Matthew Liu said, “A number of Origin developers, including myself, worked as early members of YouTube at the time of its founding, and Origin is currently funded by YouTube founder Steve Chen. “It is a natural move for Origin to conduct the first NFT auction of popular YouTubers around the world, and we will collaborate with creators in more diverse fields in the future.”

In the press release, the auction will take place on April 18 at the Mercedes-Benz Stadium in Atlanta, USA, along with the schedule of a boxing match against Jake Paul’s MMA world champion and former UFC star Ben Ascren. Jake Paul’s NFT auction products include physical merchandise ranging from signed boxing gloves to sportswear, ringside tickets for Jake’s next match, after-party invitations, and access to exclusive digital content.

Jake will donate a portion of the proceeds from this auction to the Sevens Foundation, a non-profit foundation. Seven’s Foundation is supporting the Seven Genesis Grant, a grant to help emerging artists in the NFT field.