APE Takes A Beating As It Sheds 50% Of Its Price 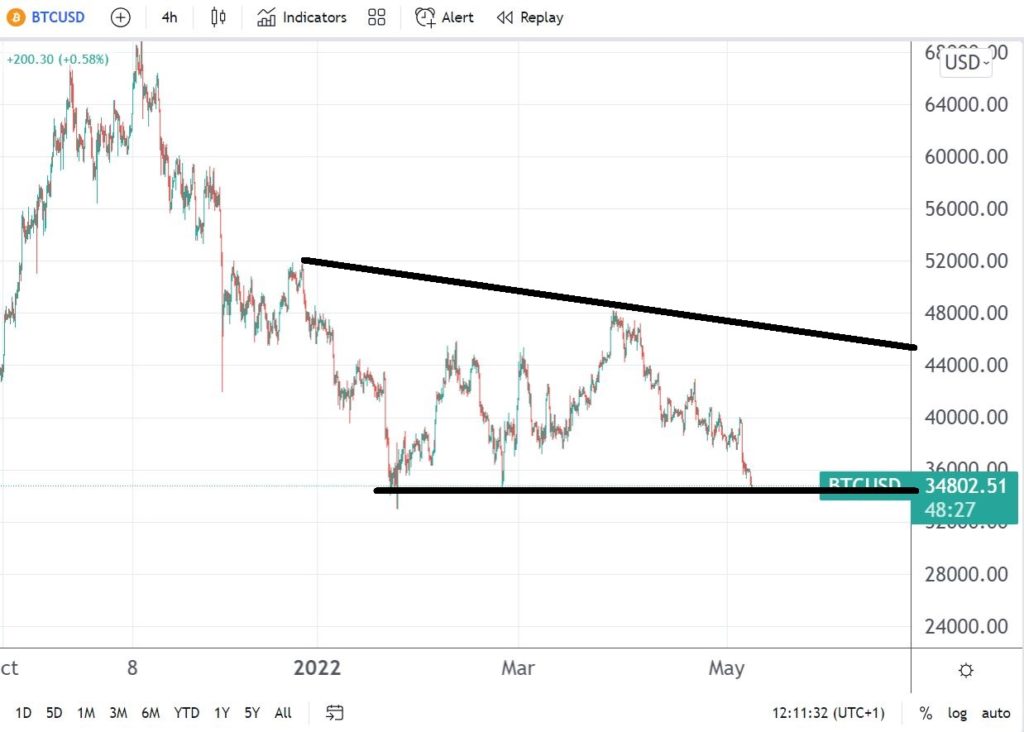 Bitcoin took another leg lower this weekend, and it now trades close to its 2022 lows. After reaching $40,000 in May, it dropped sharply on generalized US dollar strength.


However, Bitcoin’s adoption rate increased in recent months. Institutional investors turned their attention to Bitcoin, and the cryptocurrency even became legal tender in a sovereign country.

But the increasing adoption rate comes at a cost. Bitcoin and the cryptocurrency market are now a systemic risk for financial markets. In other words, when Bitcoin rises, it triggers a similar move in other cryptocurrencies.

However, a decline in price has far bigger implications for financial markets than it used to have before. As such, with every leg lower, the pressure mounts on Bitcoin hodlers and publicly listed companies that invested in Bitcoin.

Take MicroStrategy, for instance. Recently, its CFO acknowledged that a margin call would be triggered if Bitcoin drops to $21,000.

MicroStrategy invested heavily in Bitcoin, mostly by borrowing from financial markets. It now needs to service $2.5 billion in debt on only $500 million in revenue.

MicroStrategy is just an isolated example. Again, Bitcoin’s increasing adoption rate cheered by hodlers may end up posing a systemic risk to financial markets because Bitcoin is now part of many portfolios or companies’ balance sheets.

Just like the US stock market, Bitcoin declined in 2022. It trades now well below its opening levels, forming a possible descending triangle pattern.

A descending triangle is a continuation pattern suggesting more downside is in the cards should the price break the horizontal support. If so, MicroStrategy may receive a margin call sooner rather than later because the descending triangle’s measured move points well below $21,000.

To sum up, Bitcoin investors better cheer for the stock market to bounce, as it would support Bitcoin’s price too. But if the stock market weakness continues, the risk is that Bitcoin will drop even more as it has bigger volatility.