BitFarms: mining from the inside 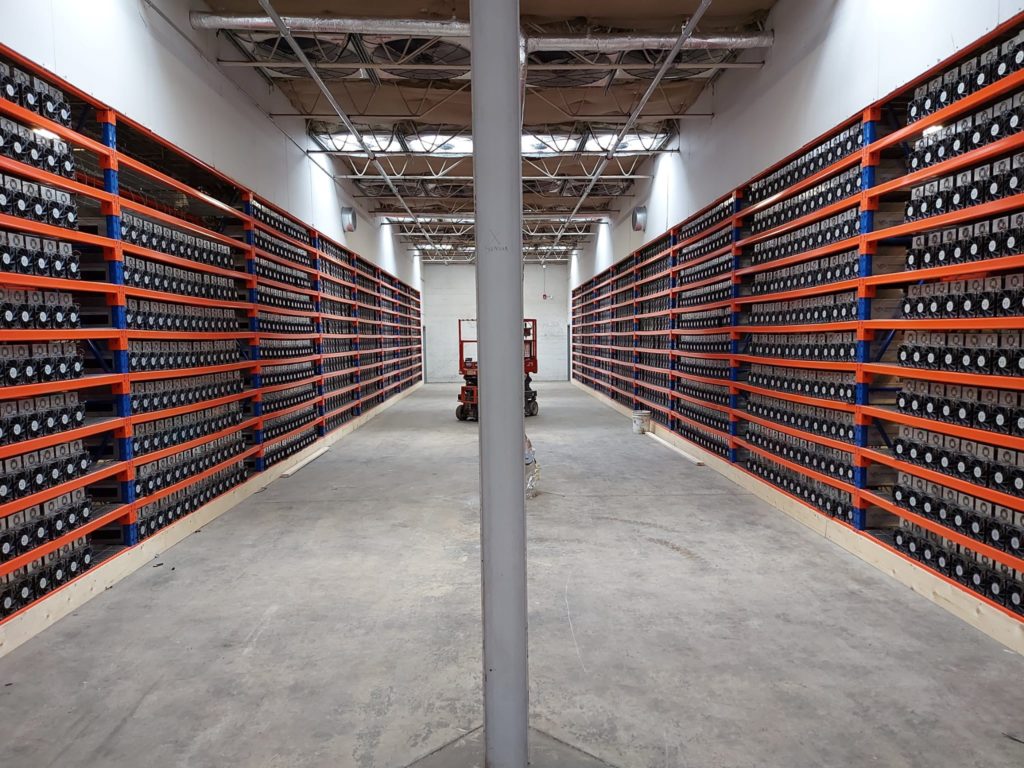 Many large Bitcoin miners are already very successful in limiting, or even neutralizing, their emissions. For example, Bitfarms controls 1.5 percent of the hashing power in the network and runs 99 percent on clean energy.

Invezz went on a trip to one of BitFarms’ mining facilities in Quebec, Canada, and spoke with Ben Gagnon, Chief Mining Officer at BitFarms, to find out more.

Mining for cryptocurrencies – digital currencies on a secure blockchain code – has become serious business in recent years. To dig for those coins, like Bitcoin, miners need powerful computers that work day and night. These computers are constantly betting on the mathematical puzzle that must be deciphered in order to approve a crypto transaction.

Whoever succeeds first, receives new crypto coins as a reward. In the case of Bitcoin, the mining reward is a nice sum of 6.25 Bitcoins per block. That’s worth $223,788 (£181,438) at the time of writing. And so a competitive and energy-hungry industry emerged of companies filling entire hangars with mining computers, which are specially designed to do as much mathematic guesswork in the shortest possible time.

Bitfarms, a miner operating across nine computing centres in Canada, the U.S. and Paraguay, announced last year that it earns an average of $650,000 a day mining crypto, and the company keeps most of the Bitcoins it mines. Bitfarms believes that the price of the digital currency will continue to increase.

Some key aspects of their mining operation:

In November of last year, the mining company announced its intention to build its first data centre in the United States. The company’s website states that Bitfarms currently has a total mining capacity of 106 MW. It produces 3.3 exahashs per second (EH/s). According to Emiliano Grodzki, CEO & Founder of Bitfarms, it aims to increase this percentage by more than 260% to 8 EH/s by the end of the year.

Many in the media are still citing the potential environmental impact of crypto mining. Meanwhile, Bitfarms claims that its facilities in Canada are almost entirely powered by hydroelectric power. The company currently has ten mining companies in operation or under development in the United States, Argentina and Canada, among others.

“Bitfarms’ strategy is to expand our impact while effectively keeping costs low to keep up the same production. By diversifying our decentralized mining portfolio, we are prioritizing locations with low-cost electricity that will enable further growth and expansion.”

They do not further disclose which source and dam it concerns. It is only known that the hydroelectric power plant is located in Washington and can supply 24 MW of power.

It appears to be a plant operated by Electron Hydro LLC in the Puyallup River near Kapowsin, but this has not been confirmed. It is one of many hydroelectric power plants in Washington.

“The mining farm in Washington meets all these criteria. With this acquisition, we enter the United States and continue our global growth to 10 farms under development in four countries. The initial acquisition of 24 MW will increase our total mining capacity to 106 MW.”

Invezz interviewed Ben Gagnon, Chief Mining Officer at Bitfarms. Watch the video below to find out more about Bitfarms.

Bitcoin’s mining schedule, of course, was all defined thirteen years ago when the enigmatic Satoshi Nakamoto wrote the code governing the world’s first blockchain. One of the core principles, which is often cited as a factor propelling Bitcoin’s value as an asset, is the hard supply cap of 21 million bitcoins.

When the first Bitcoin was mined in 2009, the miner’s reward was 50 Bitcoins. The process was simple , and the energy required minimal – think personal laptops in college dorms. With Bitcoin’s meteoric growth over the last decade or so, the process is no longer so straight-forward – but that is the beauty of Satoshi’s design.

As mining competition increases, the difficulty of the “mathematical problem” that is required to be solved, in order to verify a block, increases. So, with mining today a major industry and Bitcoin’s market cap at times approaching a trillion dollars, the difficulty of these mining problems has rocketed, meaning facilities like BitFarms have replaced college laptops as the validators for Bitcoin.

It goes to show you how lucrative mining used to be, and how Satoshi really did think of everything – the self-sustaining and dynamic nature of the rewards code, hash difficulty and Halvening cycle is simply genius, and vital to Bitcoin’s claim of being the “hardest” form of money on Earth.

There is also the very intriguing fact that, given this hard supply cap of 21 million Bitcoins and the pre-programmed Halvening cycle, mining won’t go on forever. In fact, two weeks ago the 19th millionth Bitcoin was mined, meaning only about 10% of Bitcoins are left to be mined. Extrapolating out the Halvening cycle means all bitcoins will be mined by 2140.

While 2140 is still in the very distant future, it will be fascinating to see what happens to the miners beyond this date. The thought is that validators will earn enough from transaction fees to sustain themselves thereafter, so there are still incentives to keep the Bitcoin blockchain running. But either way, the mining industry as we know it will transform on that fateful day when the last bitcoin is mined.