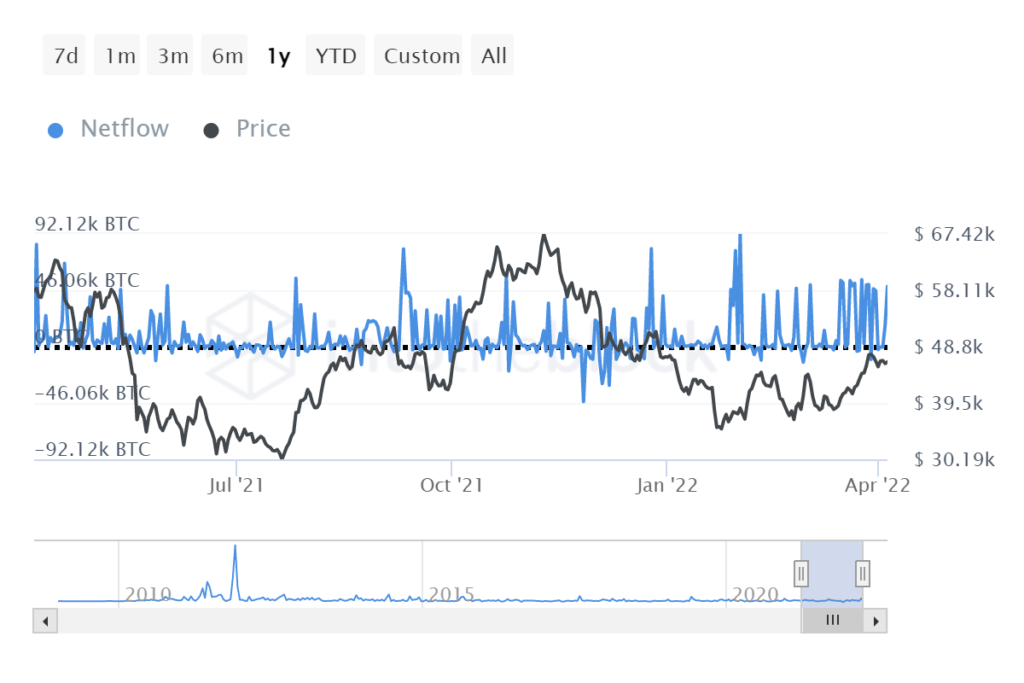 Last Friday, we hit a milestone as the 19th millionth bitcoin was mined. In block 730002, SBI Crypto was the lucky miner who wrote their name in the history books. The reward was 6.32 bitcoins, or about $280,000 at current prices.

Over 90% of bitcoins have now been mined, with the remaining two million to be minted between now and the year 2140.

Luna Foundation Guard (LFG), the organisation dedicated to building reserves to support Terra’s stablecoin UST, are the newest whale in the sea. They bought about $125 million worth of Bitcoin each day from March 22nd to March 25th, before upping the ante to $160 million on March 26th.

They’ve continued on a tear since, with Terra founder Do Kwon confirming today’s routine included an additional purchase of over $200 million:

Digging through the blockchain, their address now shows a balance of over 35,000 bitcoins, or circa. $1.6 billion at current prices. It is the 29th largest BTC wallet on the blockchain.

Never to be outdone, Michael Saylor has been amongst the frenzy recently too, confirming MicroStrategy purchased an additional 4,167 bitcoins, taking their total balance to 129,218 bitcoins Acquired for an average price of $30,700, they’ve already generated a 43% return on their $4 billion investment.

Canadian ETF products continue to suck up supply too, with total holdings increasing by 6,594 bitcoins since 22-Jan, per data from Glassnode. The amount of Bitcoin wrapped on Ethereum has also grown by 12,500 bitcoins, highlighting the growing use case of Bitcoin in DeFi – primarily as a source of collateral.

But the trend goes beyond the arms race between the “celebrity” whales, if I can call them that. What about the regular, run-of-the-mill whales?

The chart below shows the netflows of large holders (defined as those holding over 0.1% of the supply), with positive netflows showing an accumulation by whales. While the price is plotted over the below graph and shows that the correlation is not bulletproof, it can still be viewed as a bullish indicator, especially given netflows are still favourable despite this week’s pullback in price.

This all ties together to give one pretty concrete conclusion: whales are accumulating, led by the high-profile Saylor and Do Kwon, but running far deeper than those two. While the two CEOs will grab headlines, this may simply serve to “market” bitcoin, and encourage others to accumulate. But in reality, the diamond hands of the regular whales is more important. Adding to this is the fact that less bitcoins are flowing into exchanges – and that incorporates the “shrimps” of the world as well as the whales.

Mining rewards are obviously declining via the halvening too, but if these trends continue with other whales refusing to part ways with their coins while accumulating more, then we could have our own artificial halvening come into play.