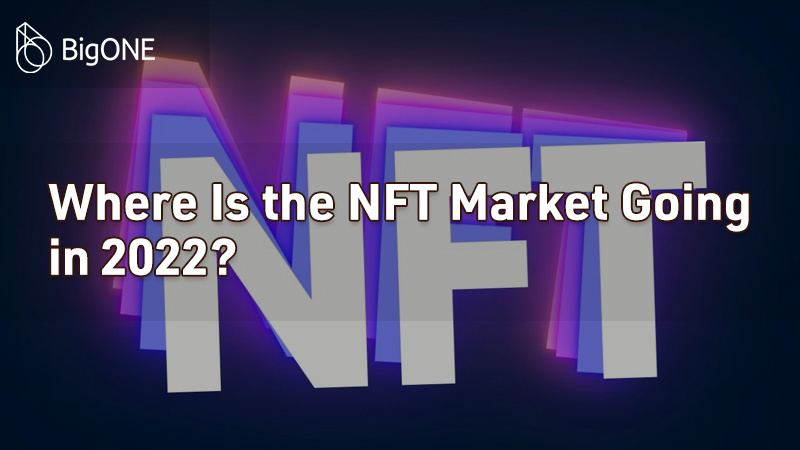 The use case for NFTs is growing fast from keeping track of your in-game clothing and weapons in the metaverse, to raising the brand profile for global brands from Nike to Versace. There’s a lot to take in, and with any exponentially growing market it’s easy to be overloaded with information. So BigONE assembled a group of experts to give their take on the state of NFTs in 2022, following its spectacular rise last year. To provide more useful detail for BigONE users we’ve therefore created an article with extracts of their conversation below, edited for clarity.

Toby, maybe you could give us your insights first?

“We are definitely going for a huge bull run. The Bored Ape Yacht Club (BAYC) is a great example of that, with a $4 billion valuation backed by the likes of Andreessen Horowitz. I just think that all of it is exploding in lots of different directions. And I think the NFT space is really, really cool, because it’s very accessible. I think behind that access, there’s some problems.

“I mean, I think a lot of NFT projects, have struggled to really articulate the value of what they’re providing. But then, a lot of us are buying NFT’s and playing around with them and creating them are, I guess, really in that playful experimental mode. It can feel like an insider’s rigged game to certain people who get caught up in FOMO. But I think they’re generally a super positive development to the crypto space because they’re relatively easy to understand. In some ways we’re just getting started!

“I think it’s really interesting how hard it is to build up, like the strategy, the roadmap, the way for the projects to go from, essentially often, some good programmers, some good artists, some fun ideas, some gamification, to being winners. I think it’s, it is a really strange market, and like Tom said, I basically needs more and more things to justify the value behind it. So, you’re going to see the best in breed that can get these huge valuations, but then you’ll get other countercultural ones rising up as new NFTs are springing up all the time.”

Ben, what’s your take on that? Would you agree with Toby’s largely optimistic approach?

“I think it’s a really interesting space to be in at the moment. And I think part of the reason it’s so interesting is, as Toby said, like the accessibility of it, especially when you consider that in the wider context of web3. One of the most common problems that people are experiencing is education; the average person looking to get into this space isn’t going to have the patience to mess around with this sort of stuff.

“Agreeing with what Toby was saying, there is a bit of a hype cycle going on at the moment. I mean, the best way to understand what’s going on there, I think it’s just like, look at the most common designs for NFT’s and you’ll get what, like 5,000 different varieties of monkey! So, I think it’s going to be really interesting to see where things go over the course of the next 12 months or so because I think that art is ultimately only a very small part of what entities will evolve into going forwards.

“I think like, a lot of the time, this kind of this incessant need to add utility to a project comes about because of the nature of the individuals who started the project. You’ve also got people who’ve seen that the art is making people money don’t have an artistic background and are not developers, but still see it as an opportunity to make some fast cash. This is going to be controversial, but I’m gonna say it anyway, Pixelmon is a fantastic example of that. They just raised $70 million, but the quality of the artwork after the reveal was again, subjective. The quality of the artwork basically wasn’t worth the 70 mil the total project valuation was.

“I think one thing to look into the moment is what’s going on around the gamification side of things. This idea that you can, to a certain extent, choose your own adventure, in terms of the way that the stories can be developed around these entities around these assets, and ultimately, around the characters that are represented by these assets as well. Ultimately, anything that is looking into that which is going to not only allow someone to take ownership of an asset, which will become sought after if there are more people who are playing the game, but then also customise that asset to be more representative of their personality and the kind of experience they want to have in the metaverse. I think that’s going to be something that’s really, really interesting.”

Tom, what’s your take on where the markets going with NFT’s?

“We are going to see a transition away from art orientated NFTs. I think you’re gonna see NFTs as the digital passport to like an array of Metaverse worlds, in online experiences, anything that you would have in the real world, and, but it’s going to be on a digital format. And I think, in 2022, I think authenticity is going to be key. And you’ve got to distinguish yourself from the crowd; when you see cartoon, animal photos, and just a continuation of the same sort of theme, the same structure, the same number of collections, people are going to move away from that and try and stand out from the crowd. It’s going to surprise us all and I don’t think it’ll go in the direction that we, we all kind of agree on at the moment, it’s going to be it I don’t know, it just goes wherever it wants, NFTs. It’s a cultural thing, cultural changes all the time.

“I think we’re gonna see a lot more innovative models; I actually wrote about it something back in October. And it was, I think, actually, the first of its kind at that point, it was an NFT that evolved, algorithmically upon each purchase, so it’s kind of it looked at the, the user’s wallet, history, and everything that they interacted with. We’re bringing innovative models to, to the space, and it’s not just going to be a static PFP or an animation, or we’re going to go beyond that. And I think I’m just excited to see what comes out of the back that. But then a lot of other another avenue that I’ve seen recently is kind of game theory, mechanics like burn and staking.

“The game theory and mechanics are really interesting and how that’s gonna play out. I think a lot of projects really adopting that as they look at their second iteration of the roadmaps, formation of DAOs, things like that, it’s really going to expand the possibilities of a lot of these projects, and really engage the community in in a way, which we haven’t really seen before.”

Corey, coming from the US NFT community how do you see NFTS developing in 2022?

“I think the way that we’re looking at (mimetic) derivatives, is that it’s actually a healthy thing, you know; a lot of the issues with the (NFT) derivatives come from IP, and that’s the Web2.0 in my mind. We see this in Hollywood movies, when a when a cartoon movie comes out, another one comes out a part two comes out, a part three, and they’re the same model. So, we do derivatives all the time in society, but we don’t we typically don’t call them that.

“You’re going to start seeing clashes with, you know, entertainment, music culture, in the metaverse with all these NFT’s. I had a Zoom call with a Marvel comic book writer, and he’s got he’s got some NFT goodies coming out on his own. And we were talking about storytelling, and in NTFs in particular, and I asked him, what would you do? If you could, like, if you could take Bored Apes right now, how would you continue this story? What would you do with it from a Marvel writing standpoint?

“And he was like, oh, God, I would just go nuts with this thing. He said I really think that’s the future of these entities, like Bored Apes or the PFPs. Especially because they’re so you know, you can build a community of 10,000 people in a matter of, you know, a day. He was talking about, like Bored Apes got famous through the mixing of potions, and, you know, they would trade these potions and create new names and all this stuff. And he was like, that’s, that’s kind of beginner level stuff, imagine if you were to wrap a true, like, character development around an ape, just like we do with a Marvel character. Like, this character has these not only these traits, but they have a whole history!

“For me, the exciting thing is going to be from a community standpoint, I think we’re going to see a lot of collaborations between NF T communities, just like you see in DeFi, right, like we’re partnering with, we’re going to share developer resources between communities. Whether it’s like, you know, people in Hollywood or people in film, or their developers or artists or writers, whatever, you’re gonna see a lot of collaborations between the communities, not just in the exterior, the customer facing standpoint it, that’s already that going on, but I think it’s just like with DeFi, you’re gonna see protocols being shared and things like that. And then I think the second big thing is going to be a metaverse explosion where the NFT’s is going to, especially with virtual fashion, I think you’re going to see a really interesting stuff happened where virtual fashion music, land, all that stuff is gonna like clash with the entities and the artists and it’s gonna be a wild, fun, like ride. I think it’s gonna be really cool.” 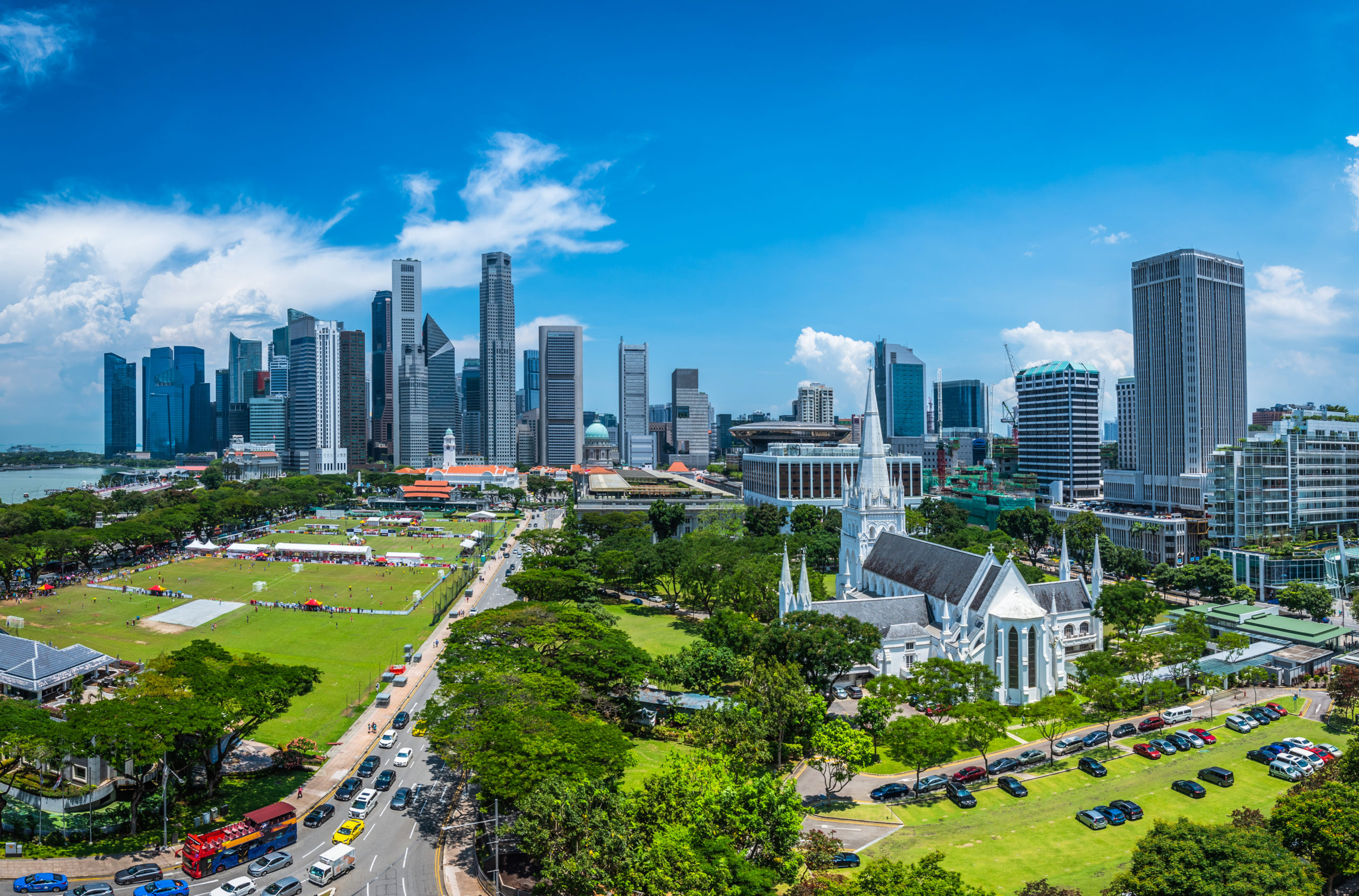