Analysis of the cryptocurrency market on the 6th.

TORONTO, April 06, 2021 (GLOBE NEWSWIRE) — Tokens.com Inc. (“Tokens“) and COIN Hodl Inc. (TSXV: COIN) (“COIN“) are pleased to announce that they have received the conditional approval of the Neo Exchange Inc. (“NEO“) for the listing on NEO of the issuer resulting from the previously announced reverse takeover of COIN by Tokens (the “Transaction“). NEO is a senior stock exchange that offers enhanced liquidity and increased access to retail and institutional investors.

In connection with the Transaction, among other things, Tokens will amalgamate with a wholly-owned subsidiary of COIN, all of the outstanding common shares of Tokens will be exchanged for COIN Shares, and COIN will change its name to “Tokens.com Corp.”, or such other name as determined by Tokens.

“Through our unique business plan, we’ve created significant shareholder value as a private entity,” said Andrew Kiguel, CEO of Tokens. “We’re now ready to bring our platform to a broader audience through a public listing on the NEO.”

Listing of the COIN Shares is subject to COIN and Tokens fulfilling all of NEO’s listing requirements on or before June 10, 2021, including the minimum distribution requirements, and will be subject to receipt of final approval of the NEO, as well as any other necessary regulatory or shareholder approvals. Completion of the Transaction is also subject to a number of conditions. There can be no assurance that the Transaction will be completed as proposed or at all.

None of the COIN Shares to be issued in connection with the Transaction have been, or will be, registered under the United States Securities Act of 1933, as amended (the “1933 Act“), or any state securities laws, and may not be offered or sold within the United States or to any U.S. Person (as defined in Regulation S under the 1933 Act) unless registered under the 1933 Act and applicable state securities laws or an exemption from such registration is available. This news release does not constitute an offer to sell or a solicitation of an offer to sell any COIN Shares in any jurisdiction where such offer or solicitation would be unlawful, including the United States.

Investors are cautioned that, except as disclosed in the filing statement to be prepared in connection with the Transaction, and to be filed prior to listing on NEO, any information released or received with respect to the Transaction may not be accurate or complete and should not be relied upon. Trading in COIN Shares should be considered highly speculative.

Tokens.com is a Proof-of-Stake technology company that provides investors with a simple and secure way to gain exposure to staking rewards and cryptocurrencies. Tokens provides investors with exposure to the digital assets that power Decentralized Finance and Non-Fungible Tokens, without the burden of buying, managing and securing digital assets themselves. Tokens creates value for its investors through earning staking yields and the appreciation of its digital asset inventory, all achieved through environmentally friendly technology. 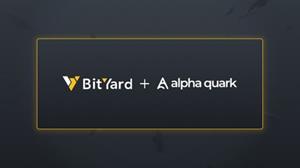