The reserve price of NFT has fallen, and the market is experiencing a “silent crash”? 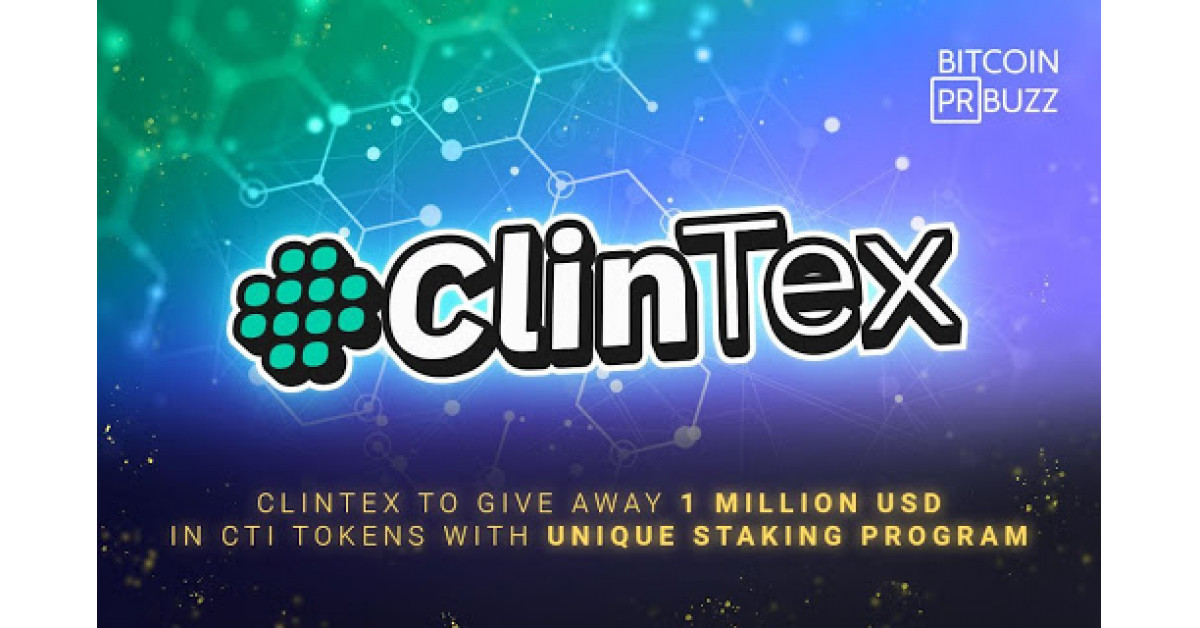 Pioneering clinical trials platform ClinTex is giving away $1 million USD worth CTi tokens through a unique staking program, which is running from April 1st to September 30th, 2021.

Due to the success of the CTi presale (in which the soft-cap target was achieved) and the swift development of the platform, ClinTex chose not to go ahead with the final stage of its IEO. Instead, the company chose to continue with a secure CTi token listing on top cryptocurrency exchange KuCoin and sustain the impressive momentum that the project had started to gather.

ClinTex will be giving away over $1 million USD in CTi tokens to its community through a unique staking program designed to offer maximum benefit to its participants. The program is an opportunity for participants to earn as much as 40% interest to participants for staking CTi tokens over three different staking options.

The staking program will see ClinTex distribute a total 18.5 Million CTi tokens to participants from 1st April 2021 to September 30th, when the first app is due for release. Because CTi is a single asset, participants of the program can earn high yield rewards by sending their CTi to the staking pool and will receive their stake and rewards after their staking time has elapsed.

Token stakers will also have the option to increase their staking rewards even further with ‘Compound Staking’, an added benefit which allows for an additional staking period after the initial staking time has elapsed.

Anyone staking 1,000 CTi for 30 days will earn a return of 1,060 CTi but if they were to stake for an additional 30 days they would earn additional interest on the first months profits, increasing their rate of 6% to 12.36% and receiving a more substantial 1,236 CTi in the process.

Anyone can take part in the CTi staking program for the next six months, which is set to end at the same time as the launch of the first CTi app. Staking has now launched on the ClinTex website. Interested parties will require a web3 cryptocurrency wallet such as Metamask to take part in the program.

ClinTex is a scalable blockchain platform built for clinical trials, to serve as a single source of truth for the clinical trial and pharma ecosystem and designed for wide adoption by the stakeholders of the ecosystem.

In recent years the standards in the clinical trials industry have fallen, with hugely inflated costs and massive trial delays becoming the norm. The average cost of getting a new drug on the market today is an eye-watering $2.5 billion, and some trials can take as long as 10 years to be approved.

Distributed ledger technology has the potential to revolutionise the clinical trials industry and solve these growing issues. ClinTex stands head and shoulders from its peers with its fully scalable blockchain platform for the development of real-world clinical trials.

ClinTex will be the first company to deliver real-world solutions in the clinical trial industry with blockchain technology and AI, integrated with clinical data sources to make a positive lasting impact on a global issue.

Join the community on Telegram — https://t.me/ClinTexCTi

Bitcoin PR Buzz has been proudly serving the crypto press release distribution needs of blockchain start-ups for over 9 years. Get your Bitcoin Press Release Distribution today.

ClinTex is the source of this content. This Press Release is for informational purposes only. The information does not constitute investment advice or an offer to invest.

In NCLA Win Against IRS, First Circuit Rules Taxpayers Can Indeed Take the Agency to Court

The Global Fintech-as-a-Service Market size is expected to reach $681.6 billion by 2028, rising at a market growth of 16.9% CAGR during the forecast period