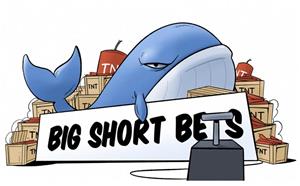 WARSAW, Poland, March 17, 2021 (GLOBE NEWSWIRE) — More than $ 2 million collected in presale of a first DeFi coin that will show the strength of the community in the fight against Wall Street whales

The entry threshold for investments in financial markets, especially cryptocurrencies, is not particularly high. However, playing alone and having little capital, everyone is left at the mercy of the market, which is usually created by whales such as capital funds, corporations, etc. This sometimes leads to a situation where rationality and logic based on technical and fundamental analyses are relegated to the background, in favor of plans made by giants. Rafał Zaorski, a well-known Polish investor, inspired by the recent events related to the shares of GameStop, decided to put an end to this. He wants to do it by creating a platform on which investors can cooperate, engage in joint investments and truly show that a community of individuals, working together against large Wall Street funds, are a force to be reckoned with.

This is how BigShortBets was born

BigShortBets is a project whose main purpose is to gather smaller investors together and allow them to act as a group in the financial markets. The goal is to break the very damaging monopoly of hedge funds that have the ability to manipulate the state of the market. The victims of this manipulation are less affluent participants. Thanks to coordinated transactions, the BSB investor community can act as one big organism, with a lot of capital and a clearly defined investment goal.

Collective investment actions prepared on the platform must be strictly confidential so that the planned activities are not made public. That’s why BigShortBets will base on end-to-end encrypted, anonymous tools that coordinate trade calls against hedge funds. With them, a well-organized community of smaller investors can very much thwart the plans of the whales, as shown by the organized action of users of the “Wallstreetbets” channel on Reddit. They “pumped out” the shares of GameStop, thus closing the position of the fund that was betting short on the company. Such situations show that there is strength in a group that no one can oppose.

This innovative idea gained considerable recognition among the cryptocurrency community. The BigShortBets ecosystem is based on the BSB token, the first pre-sale round of which started on February 17, and after just 2 weeks ended with a result 30% higher than expected. Ultimately, 1,300 ETH were deposited in the smart contract. Current value of collected funds is around $ 2 million. That’s not over. Next rounds of the presale will start in 2 months, and the price is expected to be somewhere around $1 – $2.

At approximately the same time, the official application of the project will see the daylight, which will be used to coordinate the activities of associated investors.

The main role of a BSB token is to represent BigShortBets membership, but that’s not all. BSB tokenomy is based on a deflation model, which may additionally increase its future value thanks to the constantly decreasing supply. The deflationary nature of the token will be amplified by using 10% of the profits from the group’s operation to buyback tokens and burn them regularly.

A tribute to investors

The higher-than-expected BSB token presale result has also become a reason to show appreciation for committed investors. For all those who decided to use their funds to buy a BSB token, its price has been reduced to $0.65 from the previously planned $0.8. It is a very nice gesture, showing that in this project it is the cooperation of the creators and the entire community that is the priority and what will drive the whole “war” machine. 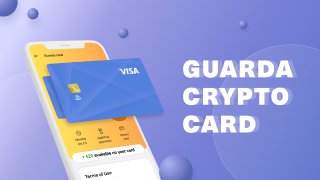