Management Commentary
“2020 was a momentous year for our business as it marked the beginning of our transition into one of the largest and most efficient Bitcoin miners in North America,” said Merrick Okamoto, Marathon’s chairman and CEO. “In the second half of last year alone, we established our 105 MW mining facility in Hardin, MT, where we have consistent access to electricity at rates far below market average, we presciently purchased more than 100,000 of the industry’s top performing Bitcoin miners before supply began to become constrained, and we enhanced our balance sheet.

“With a solid foundation to grow the business established, we are now focused on continuing to build out our mining facility and bring our miners from Bitmain online. Once all miners are deployed, which we currently expect to occur in the first quarter of 2022, Marathon’s mining fleet will consist of approximately 103,120 miners that generate 10.37 EH/s. As evidenced by the investments we have made into our mining operations so far, the establishment of the DCMNA, our $150 million investment in Bitcoin, and our rebranding, Marathon is fully committed to becoming one the largest and most innovative enterprise Bitcoin self-mining companies, and we look forward to executing against our strategy to do so throughout 2021 and beyond.”

Marathon’s chief financial officer, Sim Salzman, commented, “Financially, 2020 was highlighted by a 268% increase in revenue year-over-year and a substantial improvement to our balance sheet. We ended the year with $216.1 million cash and cash equivalents, which compares to less than $1.0 million cash at the end of 2019. While the price of Bitcoin and the network difficulty rate are subject to change, our mining operations are expected to produce at approximately 90% gross margins, which gives us confidence that we will see improvements in our financial metrics over the coming quarters as we continue to build out our mining operations.”

In the fourth quarter 2020, the Company generated over 157 bitcoins. The Company last sold bitcoin on October 21, 2020, and since then, has been accumulating or “hodling” all bitcoin generated. As of December 31, 2020, the Company held approximately 126 bitcoins. Subsequent to the year end, the Company invested $150 million into a fund-of-one and purchased 4,813 bitcoin using proceeds generated from an at-the-market offering at an average purchase price of $31,168.

Marathon’s Digital Assets
For the year ended December 31, 2020, the carrying value of Marathon’s digital assets (comprised solely of bitcoin) was $2.3 million, which reflects cumulative impairment charges of $0 since acquisition. Marathon accounts for its digital assets as indefinite-lived intangible assets, which are initially recorded at cost. Subsequently, they are measured at cost, net of any impairment losses incurred since acquisition. Marathon determines the fair value of its bitcoin based on quoted (unadjusted) prices on the active exchange that Marathon has determined is its principal market for bitcoin. Marathon considers the lowest price of one bitcoin quoted on the active exchange at any time since acquiring the specific bitcoin. If the carrying value of a bitcoin exceeds that lowest price, an impairment loss has occurred with respect to that bitcoin in the amount equal to the difference between its carrying value and such lowest price. Impairment losses are recognized as “digital asset impairment losses” in Marathon’s Consolidated Statements of Operations and Comprehensive Loss.

As of December 31, 2020, the average cost and average carrying value of Marathon’s bitcoins were approximately $18,391 and $18,391, respectively. As of March 15, 2021, at 6 p.m. EST, Marathon held approximately 5,066.66 bitcoins, of which 4,812.66 are held in an investment fund of one while the other 254 were generated by the Company’s operations. The market price of one bitcoin in the principal market on March 15, 2021 was approximately $56,413, and the approximate value of the bitcoins the Company has invested in and held as digital currencies was therefore over $285.8 million (*unaudited).

Investor Notice
Investing in our securities involves a high degree of risk. Before making an investment decision, you should carefully consider the risks, uncertainties and forward-looking statements described under “Risk Factors” in Item 1A of our most recent Annual Report on Form 10-K for the fiscal year ended December 31, 2019. If any of these risks were to occur, our business, financial condition or results of operations would likely suffer. In that event, the value of our securities could decline and you could lose part or all of your investment. The risks and uncertainties we describe are not the only ones facing us. Additional risks not presently known to us or that we currently deem immaterial may also impair our business operations. In addition, our past financial performance may not be a reliable indicator of future performance, and historical trends should not be used to anticipate results in the future. Future changes in the network-wide mining difficulty rate or Bitcoin hashrate may also materially affect the future performance of Marathon’s production of Bitcoin. Additionally, all discussions of financial metrics assume mining difficulty rates as of March 2021. See “Safe Harbor” below.

About Marathon Digital Holdings
Marathon is a digital asset technology company that mines cryptocurrencies with a focus on the blockchain ecosystem and the generation of digital assets. 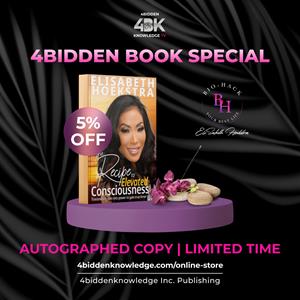