Janet Yellen of the U.S. suggests a solution to illegal funding of virtual assets 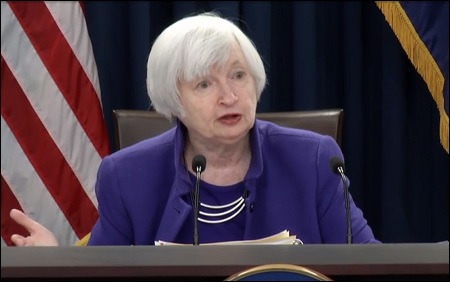 Cryptocurrency investment sentiment sharply declined when Treasury Minister Janet Yellen, who served as the chairman of the US central bank, the Federal Reserve System (Fed), hinted at the possibility of regulation by the US government.

Former Federal Reserve Chairman Janet Yellen, who was appointed Treasury Secretary of the administration Joe Biden, mentioned the need to restrict the use of cryptocurrencies.

According to U.S. Economic Media Business Insider, finance minister-nominee Yellen was asked about the dangers of terrorists’ use of cryptocurrency at the Senate Financial Committee approval hearing held on the 19th. A) I think it is mainly used for illegal financing.”

“We need to find a way to curb the means of financing by terrorists,” he said. “It is necessary to consider ways to reduce such use and prevent money laundering.”